We learned early on that to attract top industry talent to our organization we would have to provide significant growth opportunities for our people. Our unwavering focus on how we can continue to deliver development to our people personally, professionally and financially has become part of every decision we make. 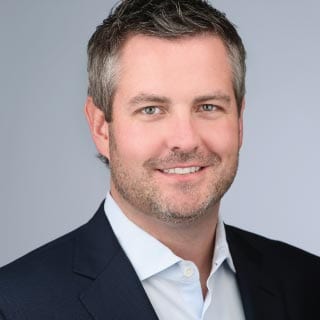 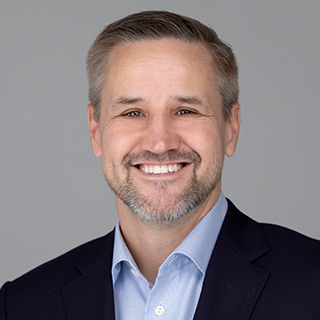 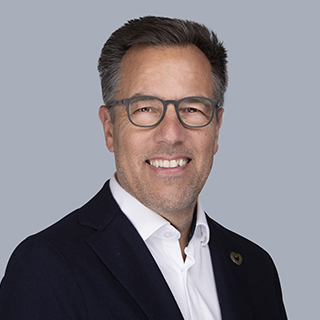 MATT IS RESPONSIBLE FOR THE SUCCESS OF MORE THAN 750 RESTAURANTS ACROSS 25 STATES SPANNING HALF OF THE U.S. MATT JOINED THE KBP TEAM IN 2009 AS REGIONAL VICE PRESIDENT IN THE NEWLY-ACQUIRED FLORIDA MARKET. 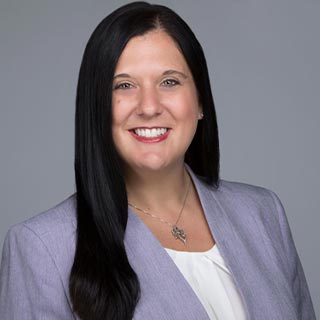 Christie is responsible for all aspects of new store development as well as ongoing facility/asset management. She brings more than a decade of development experience within the food and beverage industry to KBP, having served in various development functions at The Wendy’s Company, Starbucks Coffee Company, and most recently as Vice President of Development at Shrimp Basket. 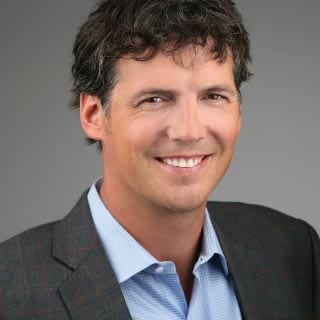 BARRY HAS A BACHELOR’S OF SCIENCE IN ACCOUNTING, FINANCE AND INTERNATIONAL BUSINESS FROM INDIANA UNIVERSITY AND A MASTER’S OF BUSINESS ADMINISTRATION FROM NORTHWESTERN UNIVERSITY’S KELLOGG SCHOOL OF MANAGEMENT. 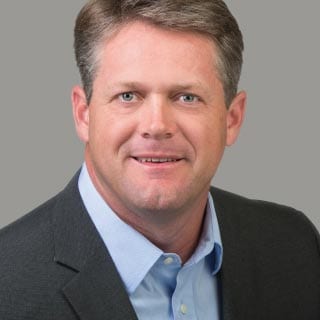 BEN SERVES AS CHIEF LEGAL OFFICER FOR KBP. HE HAS A WEALTH OF EXPERIENCE REPRESENTING THE RESTAURANT INDUSTRY, AND HIS AREAS OF EXPERTISE INCLUDE FRANCHISING, SUPPLY AND DISTRIBUTION, MERGERS AND ACQUISITIONS, INTELLECTUAL PROPERTY, ADVERTISING AND PROMOTIONS PROVIDING GENERAL BUSINESS TRANSACTIONS AND SECURITIES. 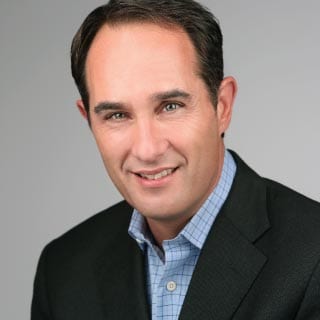 ANTHONY HAS WORKED IN THE QUICK SERVICE RESTAURANT INDUSTRY FOR OVER 20 YEARS. MOST RECENTLY ANTHONY LED LOCAL ADVERTISING INITIATIVES FOR TACO BELL CO-OPS IN 27 DMAS AND 14 KFC DMAS WITH A REGIONAL YUM! BRANDS CERTIFIED AGENCY.

For more than 20 years, Michael’s passion for creating a great place to work, a great place to eat and a great place to own has created a unique culture at KBP. Through his leadership, the company has realized exceptional growth and ensured that key employees can become equity partners, reaping the benefits of their own hard work. Michael’s vision for growth has catapulted the company from $7 million to over $1 billion in annual sales.

Today, KBP exists in more than 25 states and employs more than 15,000 employees. He serves on the KFC® U.S. National Advertising Cooperative Board of Directors and is the sole U.S. member of the Yum! Global Franchise Council. He also serves as the chair of the KFC National Operations Committee, and is one of two U.S. representatives on the Brand Committee. Michael has long been a supporter of the Down Syndrome Guild of Greater Kansas City and is an active member of the Board. Michael resides in Overland Park, Kan. with his wife and three children, and holds a Bachelor’s Degree in Marketing from the University of Colorado Mesa. 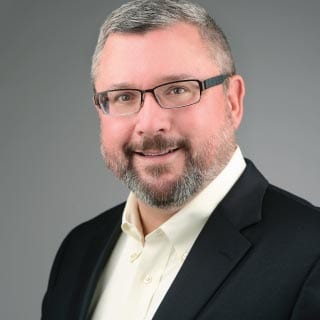 Alan brings more than 20 years of experience to KBP. Prior to KBP, Alan served as the Chief Accounting Officer and Vice President of Restaurant Services for NPC International, the world’s largest Pizza Hut Franchisee. During Alan’s tenure with NPC, the company acquired 480 Pizza Hut units, and was operating 780 units when Alan went on to become the Chief Financial Officer of Lockton Companies, the world’s largest privately held insurance broker.

While at Lockton, Alan was an integral part of a management team that helped grow the company by over seven times in 13 years to nearly $1 billion in revenue, with 4,500 people operating in 60 offices around the globe. Alan has a Bachelor of Science in Accounting & Business Administration from the University of Kansas. Alan was recognized as a 2017 “CFO of the Year” honoree by the Kansas City Business Journal. 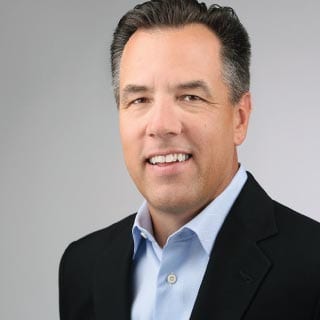 Matt is responsible for the success of more than 750 restaurants across more than 25 states spanning half of the U.S. Matt joined the KBP team in 2009 as Regional Vice President in the newly-acquired Florida market. In 2011, Matt moved his family to Atlanta to integrate KBP Foods’ newest and largest acquisition. Matt assumed the role of Chief Operating Officer in 2014 and was charged with building a leadership team across the business.

In 2017, Matt and his family relocated to Overland Park, Kansas to increase efficiencies between Operations and the Corporate Support Center as the business continues to grow. Matt’s proven success in acquisition integration is invaluable.

Before joining KBP, Matt led a multi-unit management team that oversaw 210 restaurants in 13 states worth $250 million in annual sales within a large national brand in the quick service restaurant industry. He has nearly 30 years of experience in the industry and leads the charge for support of Our Military Kids where he serves on the Board.

Barry has a Bachelor’s of Science in Accounting, Finance and International Business from Indiana University and a Master’s of Business Administration from Northwestern University’s Kellogg School of Management. He is responsible for capital partner development and management, franchisor relations, and mergers and acquisitions for KBP.

Prior to joining KBP, Barry served as the COO of an $80 million window fabricator focusing on turnaround operations, marketing, and business development. Barry was also a Capital Provider in Private Equity Transactions for Merrill Lynch Capital and has also worked in Corporate Restructuring Advisory for Arthur Andersen.

Ben serves as Chief Legal Officer for KBP. He has a wealth of experience representing the restaurant industry, and his areas of expertise include franchising, supply and distribution, mergers and acquisitions, intellectual property, advertising and promotions providing general business transactions and securities.

Anthony has worked in the Quick Service Restaurant industry for over 20 years. Most recently Anthony led local advertising initiatives for Taco Bell Co-Ops in 27 DMAs and 14 KFC DMAs with a regional YUM! Brands certified agency. Prior to his work with the advertising agency, Anthony served as Field Marketing Director for Domino’s Pizza International.

Anthony’s expertise in data analysis is critical to the innovation of local store marketing efforts. Anthony was considered a pioneer in the evolution of POS for Dominos and the implementation of data-based decision making. He has a MBA from the University of Missouri and a BA from Missouri Valley College.

Tony has nearly 25 years’ experience in the quick service industry. Tony oversees the Western region of our business, and is known for his focus on maximizing his team’s potential through consistent execution. Tony is also a passionate warrior of culture, he challenges his team to “be better every day” as they live out the company’s values while driving results.

Prior to joining KBP, Tony managed over $375 million in business for 275 restaurants in 15 states. Tony also managed $45 million in catering business at that time. He has also supervised Training and Learning and Development Departments. Tony and his family are based in New York.

Scott brings 30 years of experience in QSR to KBP Foods. Scott has held a vast array of positions throughout his career including: Area Manager, Operations Manager, Training Manager, Senior Financial Analyst and Director of Operations. Most recently, Scott served as Regional Vice President for Smashburger where he was responsible for 50 restaurants in a growing brand through Franchise Development. Mr Duke oversees the Kansas City and Omaha markets as our Regional Vice President.

Rusty has 20 years of restaurant leadership experience with both QSR and fast casual companies. Before joining KBP Foods, he was a Senior District Manager responsible for 30 units and aggregate revenue of $72MM. While in that position, Rusty exploited his passion for training and development, certifying 26 Training Restaurants and served as the Lead Coach for the organization’s Development Program.

Rusty currently oversees the Virginia and Maryland markets in his role as a Regional Vice President. Rusty’s investment in KBP’s mission is commendable – moving his family across the country to lead his current market, Rusty works tirelessly to ensure the success of his entire team. Rusty has a Bachelor of Science in Business from Baker University and lives in Norfolk, Virginia with his wife and two children.

Larry has extensive operations and leadership experience with Boston Market, McDonald’s, Chicken Out Rotisserie, and Bennigan’s Restaurants. Larry’s distinguished career spans more than 10 years as a Vice President of Operations/Director and more than 25 years in Regional management of multi-unit locations.

Most recently, Larry served as Director of Operations for McDonald’s, overseeing 126 locations with a $365 million P&L. Larry is a hallmark leader with a proven track record of increasing and driving sales, achieving higher profit margins, developing an abundant pipeline of talent, and strategic marketing.

Jesse brings considerable QSR experience and a legitimate passion for making people great. His 23 year QSR journey began as a crew member at a local restaurant. In the years since, he has progressed from shift manager to assistant manager to restaurant manager to area supervisor to his most recent role – Senior Operations Coach where he oversaw over 90 Taco Bell units with annual revenue over $125 million. Jesse joined KBP Foods in 2016 and now oversees the Texas region.

The people are the reason Jesse loves the QSR industry. He does not take lightly his ability to have a positive impact and touch people’s lives with their development and growth. Per Jesse, “I believe in Loving Your People and always giving 212 degrees of effort in all we do. I am Here to Serve”.

Brian has more than 25 years of experience in the quick service industry. Before joining KBP Foods, Brian served as Senior Director of Operations for a fast-casual restaurant chain where he was responsible for more than 100 restaurants and $125M in sales throughout the Southeast region. Brian joined KBP Foods in 2016 as Regional Vice President of Operations for the Florida and North Carolina markets.

He is passionate about developing and empowering people to be successful in their careers, and lives by the principle, “always strive to be better than yesterday.” Brian lives in Orlando, FL with his wife of 14 years and two sons. He enjoys traveling, spending time with family and friends, running and staying active, and going to sporting activities with his wife and children. 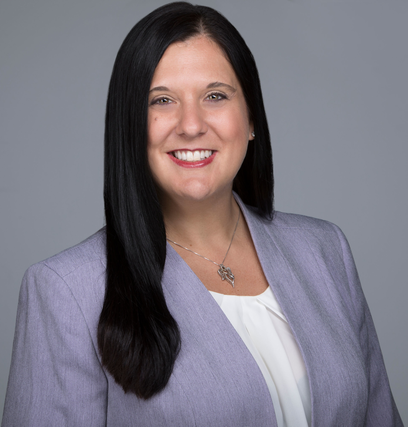 Christie is responsible for all aspects of new store development as well as ongoing facility/asset management. She brings more than a decade of development experience within the food and beverage industry to KBP, having served in various development functions at The Wendy’s Company, Starbucks Coffee Company, and most recently as Vice President of Development at Shrimp Basket.

Christie has extensive experience in developing and executing holistic and strategic short and long-term new store market growth plans, site selection, geographic information systems, construction, architect-engineer services, project management, design, reinvestment planning and execution, property management as well as vendor and facility management. She enjoys participating in industry conferences and round-table discussions, as she passionately believes that we are all better when we are sharing and growing together.

Prior to Freightquote, he spent more than 10 years in executive financial roles at SPX Cooling Technologies, including as its CFO and leading the business development function. He began his career at Deloitte as a CPA and his first job was with Houlihan’s Restaurant Group leading the FP&A function. Matt graduated with a Bachelor’s of Accounting from the University of Kansas. 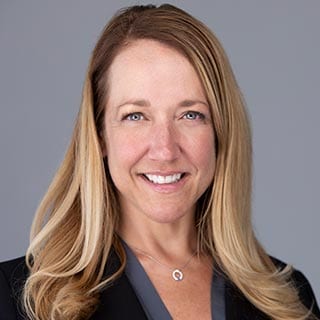 Heather is responsible for the continued growth and development of KBP Bells, including the brand’s financial and operational performance. She brings more than 20 years of brand leadership and restaurant industry experience to KBP. Most recently, Heather served as President of Auntie Anne’s, the world’s largest pretzel franchise, where she was responsible for $560 million in revenue and more than 1,300 franchise locations across the country.

She serves on the National Restaurant Association Board of Directors and the Women’s Foodservice Forum Board of Directors. She has previously been recognized by Nation’s Restaurant News on its list of “50 Most Influential Women in Food “(2020) and the “Power List” (2019).